Two clutches of loggerhead sea turtle hatchlings were found washed up by the Sunshine Coast Council and brought to SEA LIFE Sunshine Coast for a few days of TLC in the Turtle Rehabilitation Centre before being released back into the ocean.

“When hatchlings are found, they are usually quite weak as they have not been able to make it into the ocean themselves. We place the hatchlings into shallow tubs with warm water, ensure they are properly fed and are also able to administer glucose and fluids if required”, explained SEA LIFE Sunshine Coast veterinary nurse Brittany Attwood. 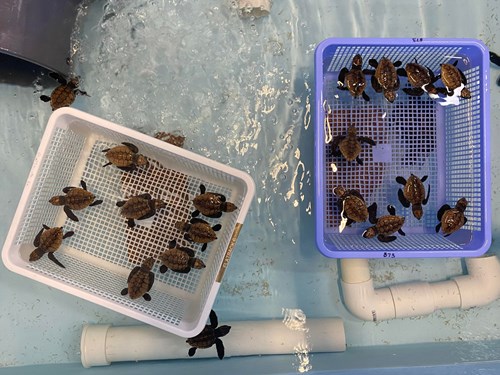 “In the past year we have had 110 turtles come into our rehabilitation centre, which is almost triple the numbers we had at the same time last year. We can likely attribute this to the unpredictable wet weather we have been having in the area, as this is causing the beaches to be washed away and the natural sea grass that feeds adults and sub-adult turtles disappearing as a result also,” continued Attwood.

Humans can help protect sea turtles by reducing their daily plastic use, reusing and recycling the plastic they do use to ensure it doesn’t end up as microplastics in the ocean (which are often confused for food and ingested by turtle hatchlings). If people do find a sea turtle that they believe is in distress or has washed up on the beach, the best thing to do is call the 1300-130-EPA hotline who can assist in finding the best people to respond to the call and bring the turtles to the most appropriate rehabilitation centre. 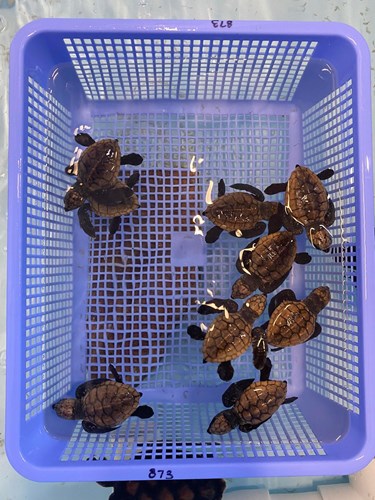 World Sea Turtle Day is celebrated annually on 16th June and recognises the perseverance and resilience of these beautiful aquatic creatures. It is also an opportunity to educate on how we can protect these much-loved turtles.

This World Sea Turtle Day, SEA LIFE attractions across Australia and New Zealand are honouring the importance of sea turtles in our oceans. In the past 12 months our four SEA LIFE attractions have rescued, rehabilitated and successfully released 91 sea turtles back into the wild! The attractions are encouraging everyone to do their bit to help by reducing their plastic usage, reducing their carbon footprint and using their voice to share the importance of the need to protect these majestic creatures